2016 Induction Ceremony: Who Goes In?

For the 2015 Rock and Roll Hall of Fame class, set to be inducted in the 2016 induction ceremony in Los Angeles, there seems to be a total lack of "no brainer" first-ballot inductees. The most likely newly eligible act is Smashing Pumpkins, but as we saw with Nine Inch Nails, 90s alt-rock/Lollapalooza participants are no slam dunk. Imagine the howls of outrage (yes, worse than usual) if Hole gets nominated, let alone inducted. Blur is an interesting thought, but not before Oasis (eligible in 2019). Mariah Carey? Not before Ms. Jackson (if you're nasty). Ween would be a nifty dark horse nominee, but it's difficult to see the larger voting body checking a box for them. A Tribe Called Quest? Not before other rap/hip-hop artists that should go first.

However, a lack of clarity could be a positive thing for the Hall; this could build toward a moderately face-saving "make-up" year, that is, if the public image-battered Rock Hall wants to reclaim some hearts and minds after the rather controversial, premature induction of Green Day in 2015. It would also be exceptionally cool if the Rock Hall could find a way to honor a local act or two when the induction ceremony takes place in that artist's city; the 2015 Cleveland ceremony would have been a perfect opportunity to induct such deserving Ohio-spawned acts as Nine Inch Nails and Devo. But I digress. Since eight artists were just inducted in Cleveland, here are eight non-first-balloters that the Hall of Fame should seriously consider inducting at Los Angeles' ceremony in 2016:

Deep Purple - 22 years eligible now, nominated twice. Jann Wenner claims all the "no brainers" have been inducted, but the hard rock community would beg to differ. Deep Purple still tours (sadly minus deceased keyboardist Jon Lord) and would deliver a high-voltage performance, with or without famously estranged founding guitarist Ritchie Blackmore (Steve Morse has filled the guitar slot for decades). Fan favorite Rush was inducted last time the ceremony was in Los Angeles; putting Deep Purple in would be a nice parallel and would tie up one of the Hall's major loose ends.

Yes - Before you say "No!", consider the fact that not only are their prog-rock brethren Genesis in, but Genesis' Peter Gabriel is in solo. 21 years eligible, and only one nomination, so the Long Distance Runaround should end now, especially now that Rush is in. Unfortunately, there have been dozens of Yes members through the years, so the speeches will be longer than...well, a prog-rock song. Or the E Street Band speeches.

N.W.A. - Eligible for 3 years now, and with the ceremony in L.A., it would be the perfect time. Much-publicized biopic in theaters this year, and at this point Dr. Dre could be inducted by himself (and should be inducted for his production work alone, eventually). One could also make an eventual induction case for Ice Cube and his solo work, but, really, let's go back to where it started: Straight Outta Compton and right into the Rock Hall.

Warren Zevon - 21 years eligible now, and never once nominated, the late, Los Angeles-based bard of cynical, debauched songcraft should finally get his due and fill the HOF's annual singer-songwriter slot. David Letterman is currently vouching for him, and for god's sake, Bob Dylan has covered this guy's songs in concert. Another dead inductee, it's true, but imagine what former Zevon collaborator Bruce Springsteen or even artistic descendant Father John Misty could do with one of his songs during the performance. Zevon's catalog is a rich, highly rewarding one, and much more than simply "Werewolves of London."

Janet Jackson - 8 years eligible now, never nominated. Rock fans will predictably hate this choice, but each induction class is diverse, and Janet's superstar prestige and influence are undeniable. If Madonna and Donna Summer are both in, then Janet certainly deserves induction as well.

Pat Benatar - Technically eligible since 2004, but somehow never really part of the Rock Hall conversation, Benatar has been a hard-rocking, fiery fixture of FM radio, MTV and the touring circuit since 1979. She's more than paid her dues, and if the Rock Hall wants to start honoring more women, there are few finer examples than her. Her "shimmy the pimp away" scene in the "Love is a Battlefield" video is reason enough to hand her the trophy. Oh, and legendary songs like  "Heartbreaker," "Hit Me With Your Best Shot," "Fire and Ice," and, as seen during MTV's very first hour of broadcasting, "You Better Run."

Black Flag - Like HOF member Freddie King (stay with me), or 2015 entrant The Five Royales, these brutally uncompromising Southern California punk pioneers could be inducted under the "Early Influence" category. Rock Hall of Famer Kurt Cobain worshipped these guys and their DIY ethic, and their in-your-face influence is all over the place, with disciples as diverse as Bad Brains, Sonic Youth, Melvins, and Faith No More, among countless others. After Green Day's induction, putting Black Flag in would lend the Hall some needed punk credibility. Bonus: They're also from Los Angeles.

Rick Rubin - Deserves induction in the "Non-Performer" slot often given to producers. Production credits range from Johnny Cash to Slayer to the Red Hot Chili Peppers. Plus, he co-founded hip-hop label Def Jam Records in the early 80s with Russell Simmons and is more or less the reason we know the names Beastie Boys and LL Cool J, among many others.
Posted by E-Rockracy at 7:59 PM 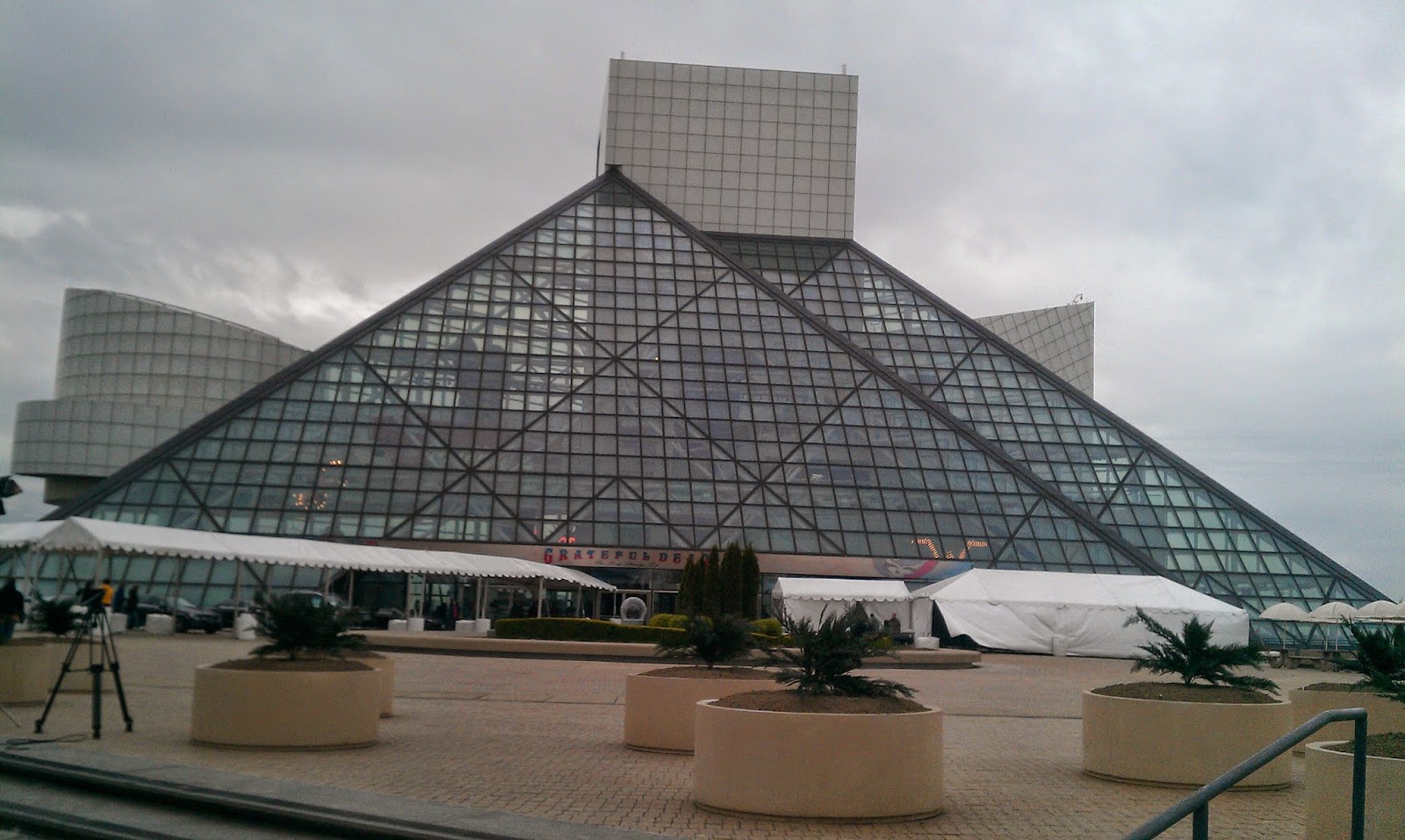