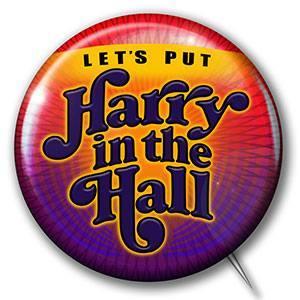 The Rock and Roll Hall of Fame - Don Henley, inducting Randy Newman in 2013, may have put it best when he called it a “peculiar, perplexing organization.”

Can't argue with Don on that point; this is one unpredictable enterprise. And this month, the Rock Hall Nomination Committee, which recently underwent some dramatic membership changes, will reportedly meet to come up with a roster of artists for potential induction in 2016. That nominee list is typically announced in October.

Here are E-Rockracy's predictions of the 2016 nominees, based more on likelihood than personal taste, as well as a touch of guesswork based on some early buzz out there:

Chic - That sound you hear? It's Nile Rodgers shaking his head. This would be Chic's 10th nomination (!). But it took 10 nominations to get the legendary Solomon Burke in, so there is a precedent.

Deep Purple - As with Rush, years of hard rock/metal fans protesting their exclusion could earn them another nomination.

Electric Light Orchestra - Eligible for 18 years, and Jeff Lynne could wear Billy Corgan's "ZERO" shirt as that is the number of nominations his widely-respected group has had. That could change this year.

J. Geils Band - Vocalist Peter Wolf is a close-knit associate of the Rock Hall, previously inducting Jackie Wilson and, last year, the Paul Butterfield Blues Band. Plus, there seems to be some current chatter out there around the JGB, eligible since 1995.

Ben E. King - Already in with the Drifters, but King, who died this year, has 3 previous nominations as a solo artist.

Kraftwerk - 3 previous nominations, including one last year for these electronic music pioneers. If they're nominated yet don't make induction yet again, look to the committee to start jumping ahead to such Kraftwerk descendants as Joy Division/New Order and Depeche Mode in future years. That said, their induction would suitably pave the way for those acts, as well.

N.W.A. - There couldn't be more of a mainstream spotlight on them right now with the biopic and the new Dr. Dre album. A slam-dunk for nomination, but will the larger (and older-skewing) voting body cast enough votes to get them inducted?


The Smiths - A surprise nomination last year, but given Morrissey-Marr's undeniable influence on indie and alternative rock, it seems a solid bet they'll get another chance.

Yes - A passionate fan base and a formidable body of work, to be certain. As sad as it is to contemplate, too, bassist Chris Squire's passing could nudge them onto the nominee list.

Warren Zevon - Would be a worthy addition to the seemingly annual singer-songwriter slot. Never nominated.
Posted by E-Rockracy at 2:19 PM