Zappa Plays Zappa
Roseland - Portland, Oregon
January 31, 2014
Sometimes, you have to slim down to maximize your power. In the case of Zappa Plays Zappa, guitarist Dweezil Zappa's labor of love honoring his dad Frank, where there were once nine musicians onstage, there are now six (and only one founding ZPZ member apart from Dweezil, multi-instrumentalist Scheila Gonzalez). Given the complexity and details of the music being presented, this headcount reduction might have spelled trouble. As evidenced at Roseland, however, less is more: Zappa Plays Zappa is now leaner, sharper, and still confident enough to dive into a dangerous, mudshark-infested catalog that, by any performance standard, is a total "adult swim."

Zappa's a fortunate son. Like his late father, who had a notorious ear for only the finest musicians, he's managed to locate five skilled players game, spirited, and possessed of the needed sense of humor to present Frank's virtuosic, satire-laden music: Gonzales (sax, flute, keyboards, vocals); the easy-to-underestimate Ben Thomas (vocals, percussion, bad dancing); Chris Norton (keyboards); Kurt Morgan (bass); and Ryan Brown (drums). This is a fresh, relatively youthful band, and the momentum and vivaciousness on display at the Roseland was undeniable. 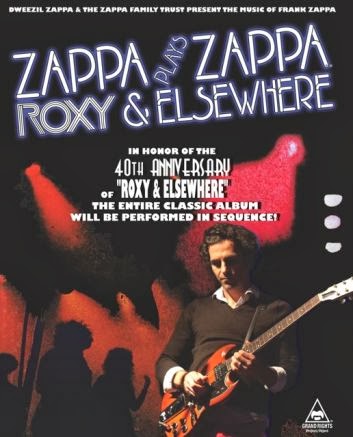 Zappa Plays Zappa, on the road in celebration of the 40th anniversary of the 1974 Frank Zappa & The Mothers album Roxy & Elsewhere (played in sequence and in its entirety at every tour stop) christened this voyage with the instrumental "Filthy Habits," a track from the minor 1979 record Sleep Dirt. It was an exploration of an especially remote corner of the Zappa universe, but that's so Dweezil. After all, this is a man who has dug up such exquisite truffles as "Latex Solar Beef" and "Chrissy Puked Twice" on past jaunts.

Dweezil and the gang were clearly on a mission to win anew the hearts of hardcore Zappa fans (is there any other kind?). They unspooled the knotty Roxy album deliberately and with seeming ease, from the clowning oddity "Penguin in Bondage" (with Thomas chewing the lyrical scenery and mugging) to "Cheepnis," and all the way to "Bebop Tango (of the Old Jazzmen's Church)," which featured an impromptu audience member dance-off onstage.

Fans dancing onstage? What is this, a Flaming Lips show? Careful, Dweezil, some might even slap the label "fun" on all this. Past tours have found D-Zap running through the sets with cool efficiency if not always with apparent enjoyment; on this evening, he seemed to be loose, relaxed, and yet still, crucially, on point. Eight years in, what some dismiss as merely a tribute act has evolved into a pleasantly merciless, shape-shifting venture through difficult compositions, all expressly for a knowing island of misfit fans. 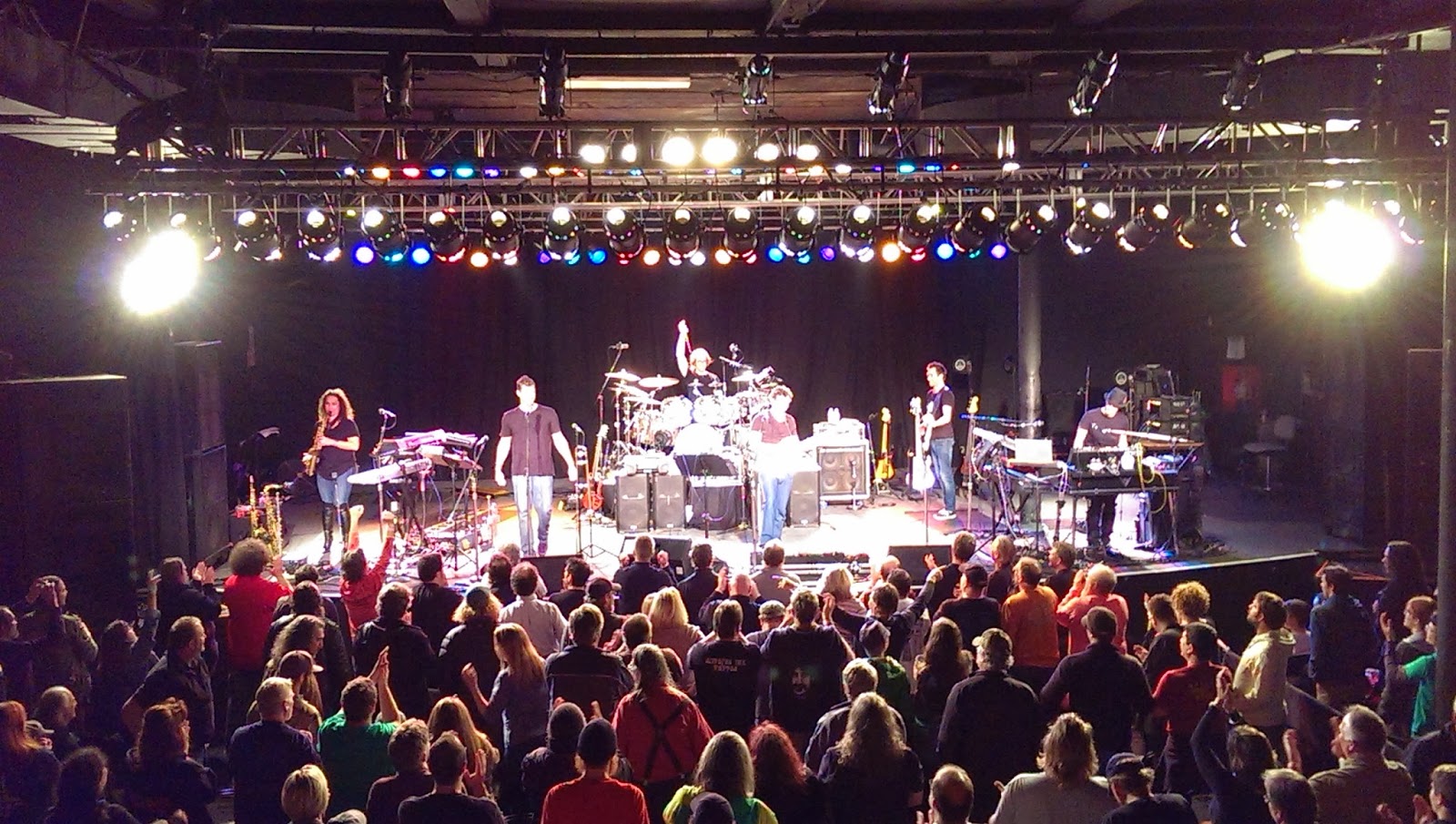 Dweezil's guitar prowess was most strikingly demonstrated at two junctures of the night, first on what was a knockout version of the downward-spiraling phantasmagoria "The Torture Never Stops" and then on "Florentine Pogen," where his soloing was astral and nothing short of commanding. Also deserving extra note is drummer Brown, who pushed through the material with a snappy, flexible energy and held everything together. Gonzales also continues to be a marvel, a quadruple-threat so gifted and in on the joke that she's enlisted to carry the purposefully off-key singing of "I Come from Nowhere" from 1982's Ship Arriving Too Late to Save a Drowning Witch. And if the faithful weren't into that obscurity, well, there were the perverse pleasures of Sheik Yerbouti's "Flakes" (Gonzales dropping a nice Eric Cartman impression on this one) and "Broken Hearts are for Assholes," boasting what has to be popular music's one and only usage of the phrase "wristwatch Crisco."

Sparkling wordplay, a representative haul of the Zappa repertoire, and most of all, a scholarly son whose ongoing creative self-actualization, compelled by birthright, has given a global fellowship of outsider music fans a most satisfying refuge. The Zappa never stops.

"Roxy & Elsewhere":
Penguin in Bondage
Pygmy Twylyte
Dummy Up
Village of the Sun
Echidna's Arf (Of You)
Don't You Ever Wash That Thing?
Cheepnis
Son of Orange County
More Trouble Every Day
Be-Bop Tango (Of the Old Jazzmen's Church)