On a recent Hall Watchers podcast, Mary put a spotlight on 19 Rock Hall-worthy women behind the scenes in the music industry. What follows below is a companion guide to that podcast, showcasing the amazing women that were discussed.

For additional context on the Rock Hall and its need to induct more women, here's a bit of info about the Non-Performer category from the Rock Hall website (in 2008, the category's name changed to the Ahmet Ertegun Award):

"This award honors songwriters, producers, disc jockeys, record executives, journalists and other industry professionals who have had a major influence on rock & roll."

Fact: There are only 3 women inducted into the Rock Hall as non-performer/Ahmet Ertegun out of 47 people, and they are inducted with their partners:
1990 - Gerry Goffin and Carole King 2010 - Jeff Barry and Ellie Greenwich 2010 - Barry Mann and Cynthia Weil

There is not a single female non-performer in on her own. Let's change that. Here are the candidates discussed on Hall Watchers, Episode 15: 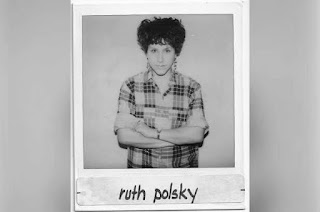 What she is notable for: She was crucial in breaking UK bands such as Simple Minds, Echo and the Bunnymen, the Smiths, the Psychedelic Furs, the Birthday Party, Jesus & Mary Chain and many more. She also booked the Joy Division USA tour in May 1980, which was canceled after Ian Curtis' death. 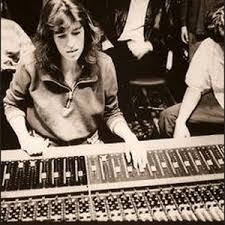 What she is notable for: Worked alongside Prince from 1983 to 1988 as the sound engineer for his albums Purple Rain, Around the World in a Day, Parade, Sign o' the Times, and The Black Album. Also worked with artists such as David Byrne, Barenaked Ladies, Tricky, the Violent Femmes, the Jacksons and Toad the Wet Sprocket. just to name a few. 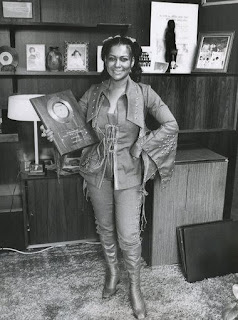 What she is notable for: Mother of hip-hop, best known for her work as founder and CEO of the Sugar Hill Records hip-hop label. She is credited for being the force behind the two hip-hop singles, “Rapper’s Delight” by the Sugar Hill Gang released in 1980 and “The Message” by Grandmaster Flash and the Furious Five in 1982. 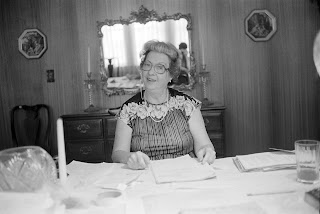 What she is notable for: Influential in the development of blues music particularly through her recordings of Sonny Boy Williamson II and discovery of guitarist Elmore James. 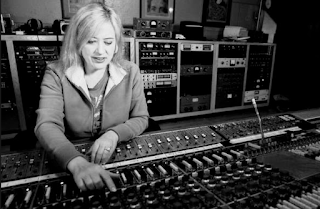 What she is notable for: Her big break came in producing comedy-rockers Green Jello’s debut album featuring the radio hit “Three Little Pigs.” She is perhaps best known for her work on 1993's Undertow, the double platinum-selling debut for Los Angeles metal band Tool. 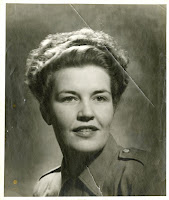 What she is notable for: Pioneering female jazz critic in the 1930's as well as a record producer, music publisher and personal assistant to musicians like Duke Ellington, Red Norvo, Chick Webb, Johnny Hodges, Bob Crosby and Earl Hines.  She helped organize one of the first sit down jazz concerts that featured an interracial band. Wrote "Stormy Monday: The T-Bone Walker Story" which is considered the definitive book on T-Bone Walker.

What she is notable for: Was the first person to record Elvis, and encouraged Sam Phillips to take a chance on him. Her detailed logs of the activities at Sun Records provided music historians with ample and interesting information about the label's history. 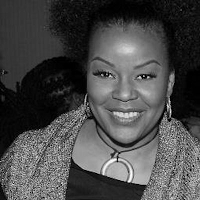 What she is notable for: Organized media campaigns for artists such as Aretha Franklin, Whitney Houston, P. Diddy, Notorious B.I.G. and Faith Evans. 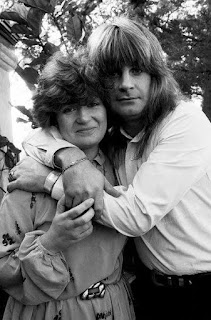 What she is notable for: Managed her husband Ozzy Osbourne to a successful solo career, which then resulted in her beginning her own management agency that managed the careers of artists such as Lita Ford and Smashing Pumpkins.  In 1996, she created Ozzfest, which featured both new and established metal bands. 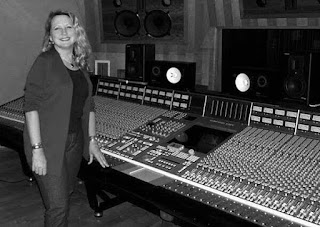 What she is notable for: One of the earliest women working on sound in the 70’s, she was assistant engineer on Aja by Steely Dan; Breakfast in America by Supertramp and Tusk by Fleetwood Mac. But one of her biggest accomplishments is that she engineered AutoAmerican by Rock & Roll Hall of Fame inductees Blondie; her work on that album resulted in her being the first woman to receive an RIAA Platinum album. 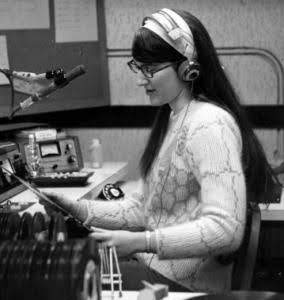 What she is notable for: Donna is credited with discovering the rock band Rush when she was working as the Music Director at radio station WMMS in Cleveland in 1974. After a Canadian record producer gave her the then-unknown band's album, she played a track called “Working Man” on the air. Listeners started requesting more Rush tracks, which resulted in other radio stations beginning to give Rush more airplay. By late summer of 1974, the band got a U.S. recording contract. 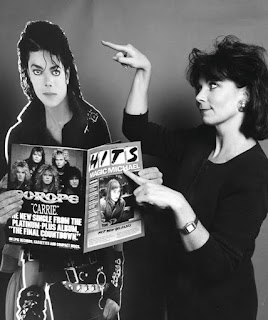 What she is notable for: She was one of the first women to head a major record label, she was the president of Epic Records from 1997 until 2003, then she became president of DreamWorks and after a corporate reorganization she was named co-president of Geffen Records.  She worked with artists like Korn, Macy Gray, Celine Dion, Michael Jackson, Pearl Jam, and Rage Against the Machine. She allocated hundreds of thousands of dollars to the “Korn Kampaign,” which led to the band going multi-platinum. What she is notable for: She was the senior curator at the Experience Music Project (EMP) in Seattle, which later became Museum of Pop Culture (MoPOP). Powers and her husband Eric Weisbard have helped organize the annual EMP Pop Conference (now MoPOP Conference) since its inception. She currently is a music critic for NPR and a contributor at the Los Angeles Times, where she was previously chief pop critic. 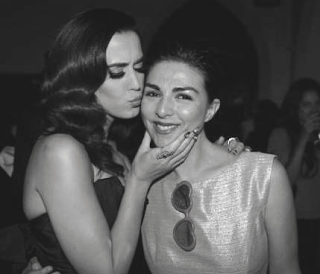 What she is notable for: Angelica moved to Virgin Records as an SVP in 2005 where she launched an ultimately successful campaign to bring Katy Perry to the label after she had been rejected by Columbia Records. She played a large role in the creative direction of the singer's 2008 breakthrough album One of the Boys as well as the follow-up, Teenage Dream. 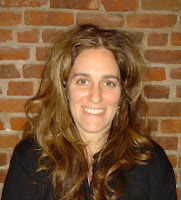 What she is notable for: Founder of Sacks and Co., a PR company with offices in Seattle, New York and Nashville. 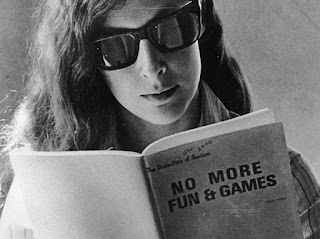 What she is notable for: She was the first pop-music critic for the New Yorker, and was a regular contributor at Rolling Stone, The Village Voice and many other publications. She wrote 56 pieces for The New Yorker's “Rock, Etc.” column over seven years, including famous pieces on Bob Dylan, Janis Joplin and The Sex Pistols. 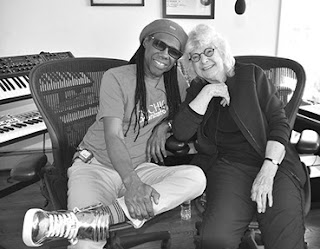 What she is notable for: She is most known for producing the 1960s British television show "Ready Steady Go!" and managing the pop/soul acts Labelle and Dusty Springfield. She cowrote the English lyrics to Dusty Springfield's only British #1 hit "You Don't Have to Say You Love Me" and also co-wrote Dusty's biography Dancing with Demons. 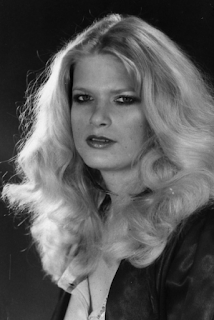 What she is notable for: Famous for managing the early careers of Guns N' Roses, Poison and Faster Pussycat, as well as working as a management consultant for Mötley Crüe and Stryper. Began her own record label, Small Hairy Dog, after being outraged no one wanted to work with June Carter Cash.  This ultimately resulted in June recording the album Press On, which won a Grammy Award for Best Traditional Folk Album in 2000. 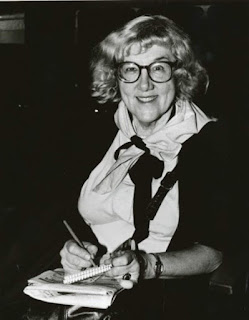 What she is notable for: She was world-famous for being the oldest rock critic, retiring in 2002 at the age of 82.  Over her career, she covered over 10,000 shows with stars ranging from Bruce Springsteen, Beastie Boys, the Who, the Rolling Stones, the Doors, Led Zepplin, the Beach Boys, and more.  Many, including former Rock Hall CEO Terry Stewart, consider her the reason the Rock Hall museum is in Cleveland.
Posted by E-Rockracy at 8:19 AM